The History of Gold Coast Region

It all started in November of 1963 when a small group of Porsche owners met at the Space Satellite Motel on a then barren oceanfront strip of AIA in Pompano Beach. The outcome was the formation of the Gold Coast Region (GCR) of the Porsche Club of America. GCR would become the 53rd region created for a club that would eventually grow to almost 150 regions and largest car club in the United States.

In 1964 GCR had less than 100 members. However, as of 2022, Gold Coast Region has over 3,000 primary and  associate members. GCR has undergone several territorial changes over the years and at one time GCR had up to 11 counties in southeast and southwest Florida. As of 2022, our region is geographically smaller and currently encompasses Monroe, Dade, Broward, and part of southern Palm Beach County,

In the early years, socializing was the main attraction with monthly dinner meetings for the initial group of members. The GCR newsletter, Die Porsche Kassette, began soon after the formation of the Region and continues today using the same name.

It didn’t take long for the Region to become very active and very competitive. A rally once in a while, some Concours and a lot of autocrosses were the major activities. So active and competitive was Gold Coast that after only 4 ½ years of existence, GCR hosted the 13th annual  Porsche Parade named Sonnenfest (renamed Soggyfest after a week of mostly rain) which was held at the Colonnades Hotel in Palm Beach.

From 1963 to 2022, Gold Coast enjoyed a rich history of National awards and Regional successes. At the 1970 Parade, Buz and Donna Hahn, along with their daughters, won the PCA Family of the Year Award. This same award was again bestowed on GCR members Jack and BJ Fuller and their three children at the 1973 Parade. At the 1999 Parade, Gold Coast finished out the Century with 2 prestigious awards, ie, with Mike and Linda Tarter and their children winning the Family of the year while Mike Joffee was recognized as the PCA Enthusiast of the Year. This was the only time in the history of National Parades that a member of the same region won these two coveted awards at the same Parade. The PCA Family of the Year award was next awarded  in 2011 to Alex and Vivian Ortega, their 2 children and large extended family. The most recent PCA Family of the Year honor was bestowed on The Kidd family (you know them as Steve and Dottie) in 2015.

Other memorable PCA Parade achievements include Gold Coast winning the President’s Trophy three times. This is an award given to the Region with the best attendance based on Region size and distance traveled. The Long Distance award has been won by Gold Coast members twice. As a Region, GCR’s biggest National achievement came in 1986 when GCR was crowned PCA Region of the Year. This award was presented at the 1987 Parade and reflects the teamwork and leadership that existed then and carries on today. Other National recognitions have been awarded to GCR in the areas of Membership Growth and Public Service.

Gold Coast Region also has quite a few members who served in PCA National positions and made lasting contributions to PCA.. Some of the more notable are since 1970; there have been 4 different members of Gold Coast Region who have served on the National Parade Competition Rules (PCR) Committee. For a 10 year period, the PCA Zone 12 representative has come from Gold Coast. (From 1994 to 1999 it was Anita Canfield and from 2000 to 2003 it was Ruben Ledesma). Ruben also went on to serve as PCA National Historian from 2005-2006, PCA National Treasurer 2007-2010 and PCA Vice president 2011-2012. Ruben was also instrumental in the organization of various Rennsport and PorschePlatz events from 2004-2012. Steve Kidd was the most recent GCR member to serve Zone 12 representative from 2016-2017.

In 1972, GCR held its first multi-region event called the Florida Parade. This event was modeled after the highly successful Rennfest multiregional event hosted by Peachstate Region.  In 1974 the event was renamed Sonnenfest and became very popular. This name was used through 1995 and in 1996 GCR joined forces with the Sun Coast Region and the event was renamed Zonefest. This event is still very popular today and is typically held each year on Memorial Day weekend. Currently, Zonefest host regions move around to different parts of the state within Zone 12 each year. For 2013 GCR was  again the host region; to be celebrated in conjunction with GCR’s 50th anniversary.

In 1984, GCR began a Drivers Education Program, more commonly known now as D.E. GCR was one of the first regions in the country to have a DE program. In 1993, GCR hosted a National Tech Session which was named Sonnentech and was held at the Gunnar Racing facility in  Palm Beach. GCR had a remarkable group of speakers consisting of Kevin Jeannette (the owner of Gunnar Racing), Vic Elford, Bruce Jenner, Brian Redman and Derek Bell.

In 1994, in conjunction with the Sun Coast Region, GCR held its first National Club Race at Sebring. In 2022 GCR celebrated its 29th club race which is now known as the 48 Hours of Sebring Club Race and is “unofficially” the largest club race in the world. The 48 Hours of Sebring Club Race attracts club racers from all over the world, and also includes an Advanced Solo (DE) and Autocross. Additionally the “48”, typically has charity fund raisers, and the 2 largest beneficiaries have been the Ronald McDonald House and the Boy Scouts of America. As an example, in 2021 GCR’s portion for Ronald McDonald House of Miami was $11,000, and was the topic in the the From the Regions section in the PCA Panorama (The National PCA newsletter raises a large sum of money for Charity contributions to 2 DE groups, an autocross and a large team of committee members and volunteers. For those that have never experienced a Club Race this is a “must do”….note that the 48 Hours of Sebring Club Race is usually held the 1st weekend in February every year.

In June 2003, the National Porsche Club Parade was held at the Saddlebrook Resort just north of Tampa. While the official host of this Parade was the Sun Coast Region, many members of Gold Coast were involved as Chairs and GCR was certainly responsible in part for the success of this parade. In 2019, the Porsche Parade again came to Florida …This time to Boca Raton! GCR members were responsible for the huge success of this event and served in many key positions. Besides volunteering. GCR members also took home lots of trophies in the competition, especially in autocross, which was held on the track at PBIR.

On November 16, 2003, GCR had its 40th Anniversary Party with 140 people attending. This was the largest attended monthly social meeting in Gold Coast history. Tom Bobbit, PCA’s National President at the time, was there to do the honors and 19 of GCR’s  past 27 presidents were  in attendance (three are deceased). Many other old timers were there from as far away as Gainesville and Key West. While the 40th anniversary celebration was great, GCR’s 50th Anniversary at the Mandarin Oriental Hotel on November 23 was nothing short of spectacular. Twenty GCR past presidents were in attendance along with 150+ members and guests. The evening was filled with awards, recognition, prizes, entertainment and of course honoring our 50 years of success and accomplishments.

Over the past 9 years, Gold Coast Region has enjoyed a resurgence of activities in all areas including new types of social functions, as well as  rally/tours, charity events, driver educations (DE’s) and autocrossing. New members and older members not previously involved in region administration have assumed leadership roles while veteran members mentor and guide the smooth transition into the future. GCR has also embraced the age of technology with innovations such as electronic voting, and thanks to Covid, board meetings via Zoom. In addition, GCR keeps members up to date via a great newsletter, E-mail blasts and website/social media platforms.

As GCR is poised to observe its 60th Anniversary (in 2023), thanks are in order to everyone that has helped make GCR the great region it is. Without this hard work and devotion to the club and its members, GCR could not have progressed from that small band of dedicated 356 owners to the diverse group of Porsches and people that currently make up Gold Coast Region. GCR’s future looks great .and stay tuned for future updates as GCR history unfolds. 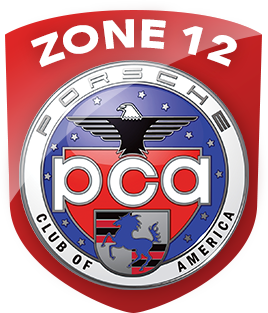